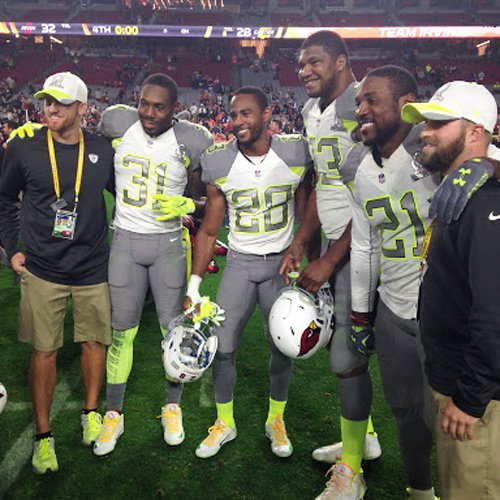 Cardinals defensive end Calais Campbell on Tuesday was selected to his first Pro Bowl, one of three Cardinals who were voted into the game.

Patrick Peterson was selected for the fourth consecutive year, the last three as a cornerback. Justin Bethel was selected as a special teams player for the second straight season.

The annual Pro Bowl is Jan. 25, a week before the Super Bowl, at University of Phoenix Stadium.

Campbell has seven sacks, despite missing two games because of a knee injury. He became the first defensive lineman in franchise history with at least six sacks in six different seasons.

Bethel leads the team with 18 special teams tackles this season, the third straight year he has led the Cardinals in that category.

The AFC West champion Denver Broncos led the NFL with nine players selected for the Pro Bowl on Tuesday.

The NFC East champion Dallas Cowboys were second with six selections for the Jan. 25 game in Glendale, Arizona, site of the Super Bowl.

Among the players earning first selections are wide receivers T.Y. Hilton of the Colts and Jordy Nelson of the Packers; Steelers running back Le’Veon Bell; and Eagles special teams star Darren Sproles.